Whiskey, or whisky, is an iconic gentleman’s drink. While I appreciate the image, I’m a firm believer that whiskey is a drink for all adults who enjoy it. Much like wine, you shouldn’t brush whiskey off if you haven’t tried several different bottles. So much goes into making whiskey that the end result varies wildly between brands. Think of the difference between your deviled eggs and your mom’s. Even if you’re following her recipe EXACTLY, we both know there’s something different that you can notice there. If you’re like me, yours are better. But your secret is safe with me. And that’s your first tip; whiskey is an excellent addition to brunch and pairs pretty darn well with a good deviled egg. But don’t worry, that’s not my only whiskey fact! Here’s our stab at teaching you all you need to know about this iconic drink with Whiskey 101! 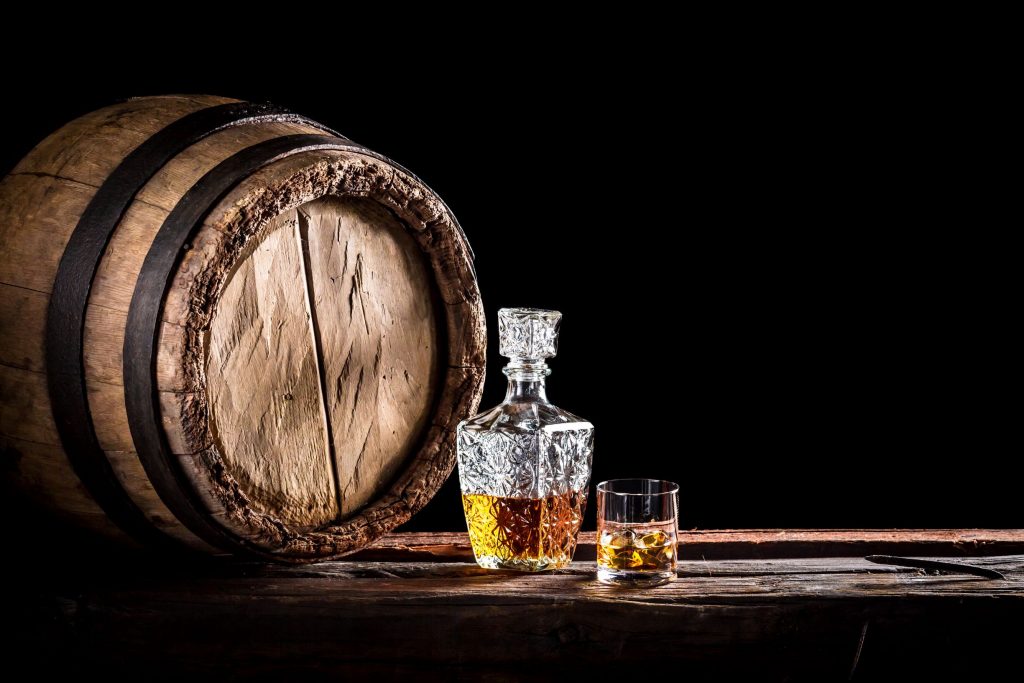 I think it’s high time we address this spelling situation.

Whiskey or Whisky – in short, up to you. But as a good guide, the spelling whiskey is used in the USA and Scotland, while the spelling whisky is popular in Ireland, Canada, and by those sticking with tradition. They still must hold to the same rules to be called a whiskey.

Whiskey has friends – it’s true! The varieties of whiskey are so vast it actually inspired scotch and bourbon. It’s important to note that dedicated whiskey fans are clear when they’re asking for whiskey that they want something pure-blooded that can’t fall into either one of these categories. If you’re shopping for a die-hard whiskey fan, it’s best not to send a bourbon or scotch. If you’re dealing with a noobie, though, try sending one of each and see if they can tell the difference! 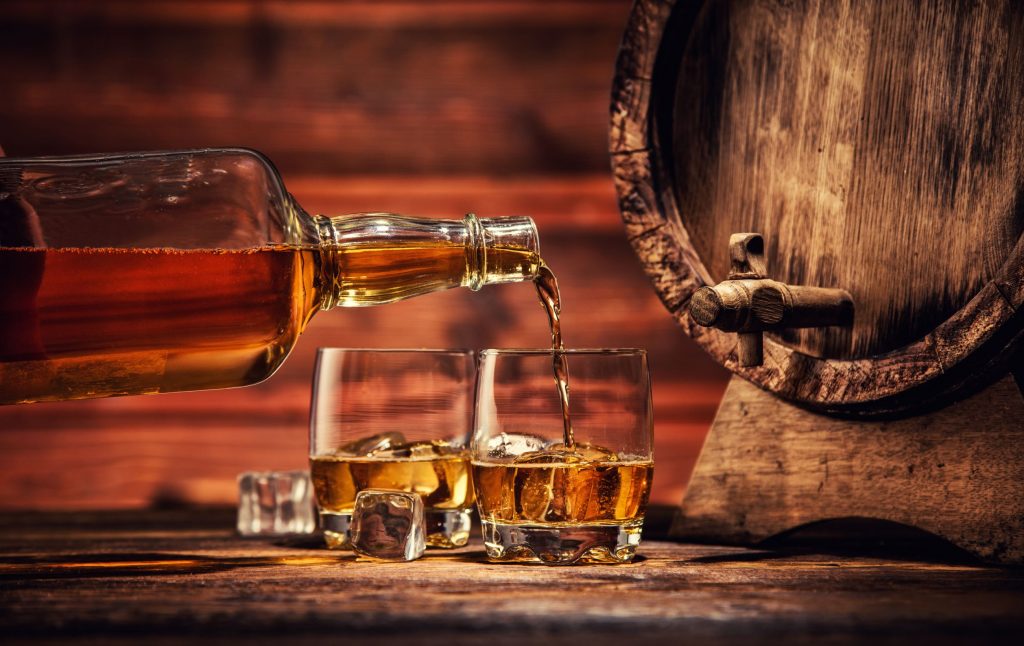 What Is Bourbon? What is Scotch? How are they different from Whiskey?

The rules for what makes a whiskey apply to whiskey, whisky, bourbon, and scotch. But to be a bourbon or a scotch, you have some more rules to meet.

If your head is spinning, take a deep breath, a long drink, and shrug. While this information is essential, it’s not something you need to understand to shop for a great bottle to surprise your friends.

But if you’re still curious, here are some highlights on what makes a Bourbon more than Whiskey:

This is enough to make it a somewhat exclusive club, but there are a few other refining points you can go investigate.

Because I just can’t help myself, here’s the same breakdown for Scotch:

How To Drink Whiskey

Acquire glass, adding ice is optional, pour whiskey of choice inside and drink. To be sure, there are numerous cocktails that call for whiskey.  Like a classic Manhattan or a playful Whiskey sour, but a good whiskey is fine straight.

The Best Whiskey and Accessories To Send, and When.

We’re going to break this down into three categories to make it nice and straightforward to read. In case that drink I recommended earlier turned into another.

When to send Whiskey

Birthdays, anniversaries, thank you presents, impress that super fancy corporate exec you want to remember you on a first-name basis. The only wrong time to send Whiskey is when you know someone doesn’t drink alcohol or is currently fasting. 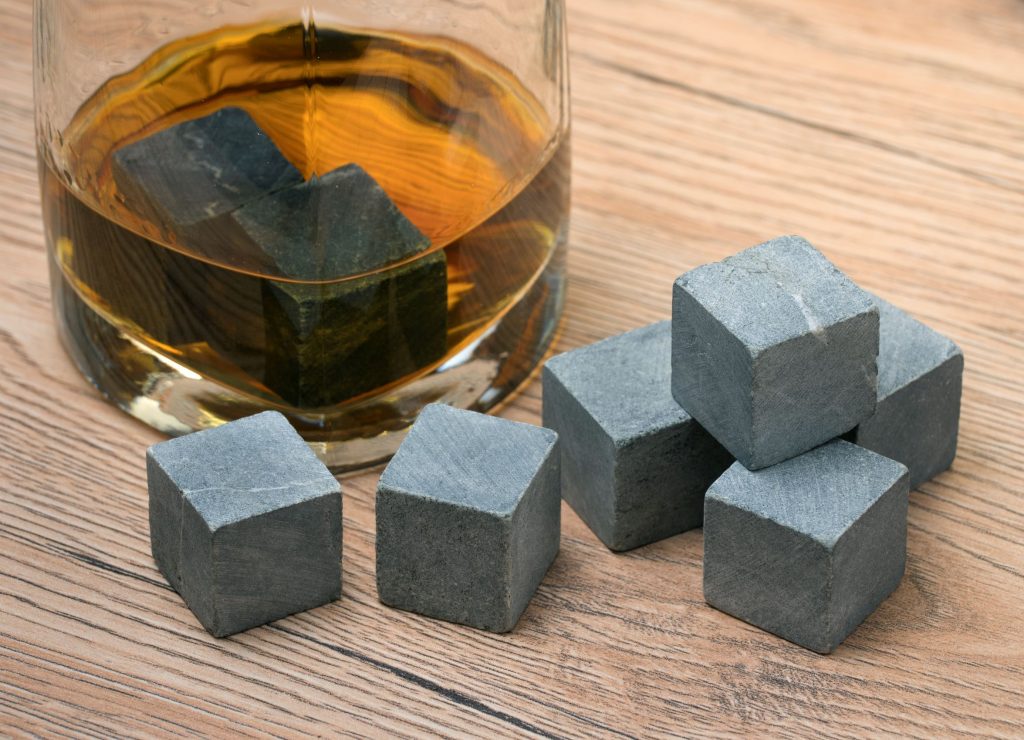 What goes with Whiskey?

We HIGHLY recommend you get some fancy glassware to go with your whiskey. There’s something about having an elegant drinking glass that makes it taste so much better.

I personally recommend whiskey stones. A lot of people swear by the things, and that a little bit of water can unlock layers of flavor in whiskey, and they’re so right. But too much water from melted ice can absolutely ruin your drink.

A decanter. It’s old and cheesy sure, but it’s also an excellent statement piece and often a good deal more attractive to display in an office than a bottle.

The best Whiskey To Send

There isn’t a wrong whiskey to send, that I know of.  But if you’re dealing with a true fan, I recommend you branch out a bit. Anything that is a Japanese Whiskey is hugely popular right now. The way they distill things and bring sake-esque flavors leaves a strong and surprising floral note to a lot of their drinks.  Suntory is a refreshingly light take on whiskey, while Hibiki is a bold and classic interpretation.

Four Roses is a massive hit in the whiskey world. They’re known for reaching a little bit of everything with rich blends, small-batch options, and more. It can be hard to find a bottle, depending on where you are, because of how quickly it sells out.

Woodford reserve won’t ever steer you wrong. Its steady earthy and smokey flavors make it a perfect sipping drink or a way to send your cocktails over the top.

Whatever bottle you want to send to your loved ones, or yourself, you’re already a rock star for wanting to send a gift at all. If you aren’t sure what they like, I recommend you go with something they haven’t tried that they aren’t likely to buy for themselves. Nothing sets a gift over the top quite like making it a weird and adventure!