Have you ever been out with your friends for sushi and been offered a glass of sake? Or wondered about the history of sake? Well, we have, and there’s some questions we’ve decided to answer.  What exactly is sake, and where did it come from? The history of sake is something that has been disputed for centuries. So we decided to dig a little deeper into it and see what we could find out.

Sake itself is an alcoholic drink made from fermented rice, traditionally from Japan.  Locally people also know it as nihonshu, which in literal translation means “Japanese Liquor’. In Japan, people drink sake during holidays, special occasions, and formal ceremonies.

People enjoy sake in much the same way they enjoy wine. I can already hear you asking:  isn’t wine technically made from fermented fruit? The answer is, yes, it is, and while rice is certainly NOT a fruit. However, like a wine, you should sip and savor sake, and temperature is everything when it comes to perfecting its flavor. And that leads us back to the questions at hand. What is sake and where did it come from? 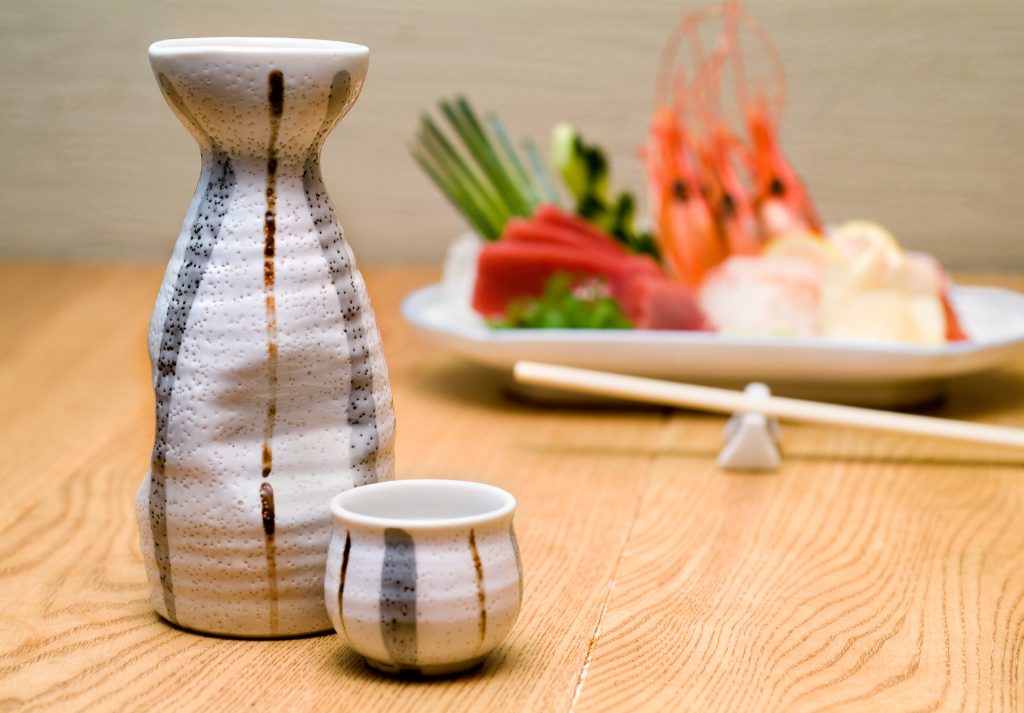 A Short History of Japanese Liquor

Japan, like most places in the world, is fairly open when it comes to alcohol. Bars around the country serve much of the same alcohols that we know in the Western world including whiskey, beer, fruit liqueurs, and gin. One of Japan’s famous pastimes includes bars and pubs and you’ll find them full to the brim with people every day of the week. Let’s take a look at a few popular beverages and where their history started in Japan.

Beer: You might be surprised to learn that beer is actually one of the most popular beverages in Japan courtesy of the top-tier quality of their local brands. Introduced during the Edo Period between 1603-1867 by Dutch Merchants docking in Dejima, beer became a fast hit in Japan.  In the late 1800’s Japan decided to try their hand at brewing beer and the first brewery opened in 1870 by an American, and another in 1876. The Kaitakushi Beer Brewery now enjoys that status of one of the most beloved brands in Japan known as Sapporo.

Whisky: Similar to beer, whisky was introduced in the late 1800’s but became more popular in 1924 when Japan opened its first distillery. The founders, Torii Shinjiro and Taketsuru Masataka. Torri was a successful wholesaler while Taketsuru studied distillation in Scotland. As the years and experiences have progressed, these distilleries have picked up several awards along the way. Be careful though, Japanese Whisky is 40% alcohol. Best to sip and not shoot.

Gin: As one of the most recent phenomenons in Japanese culture, Gin is paving the way in the alcohol industry in Japan. The Kyoto Distillery only started producing Gin a mere five years ago in 2016, but they immediately started putting their own spin on production. They use Japanese botanicals such as yuzu, bamboo, gyokuro tea and Japanese peppercorn in their recipe and we’ve got to say, we’d really love to try it.

What is the Origin of Sake in Japan?

As we stated earlier, the exact history of sake is quite unclear. It predates actual recorded history making it impossible to know for sure when or where exactly it started. We do know that the earliest recorded production of sake was in China and was roughly around 500 BC. Villagers would gather around and chew rice and nuts before spitting them into a communal tub. At the time people thought that the enzymes in their saliva aided in the fermentation process.

In the Nara period, 710-794, the process changed with the discovery of Koji, a mold enzyme added to the rice for fermentation. While we can certainly appreciate the measures taken back in 500 BC to produce this delicious drink, we’re definitely glad to hear that Koji was discovered!

Over the course of the next few centuries, the government began to distill sake to sell. It was a monopoly until roughly the 10th century when temples began to distill their own sake for ceremonies. Moving into the late 1800s, new laws allowed anyone with the ability and resources to open their own distillery. 30,000 new breweries opened but taxation forced over 2/3rds to close.

Currently, there are fewer than 2,000 sake breweries in Japan but more and more popping up around North and South America, China, Australia, and Southeast Asia. The growing popularity has even prompted a celebration known as Sake Day held on October 1st. 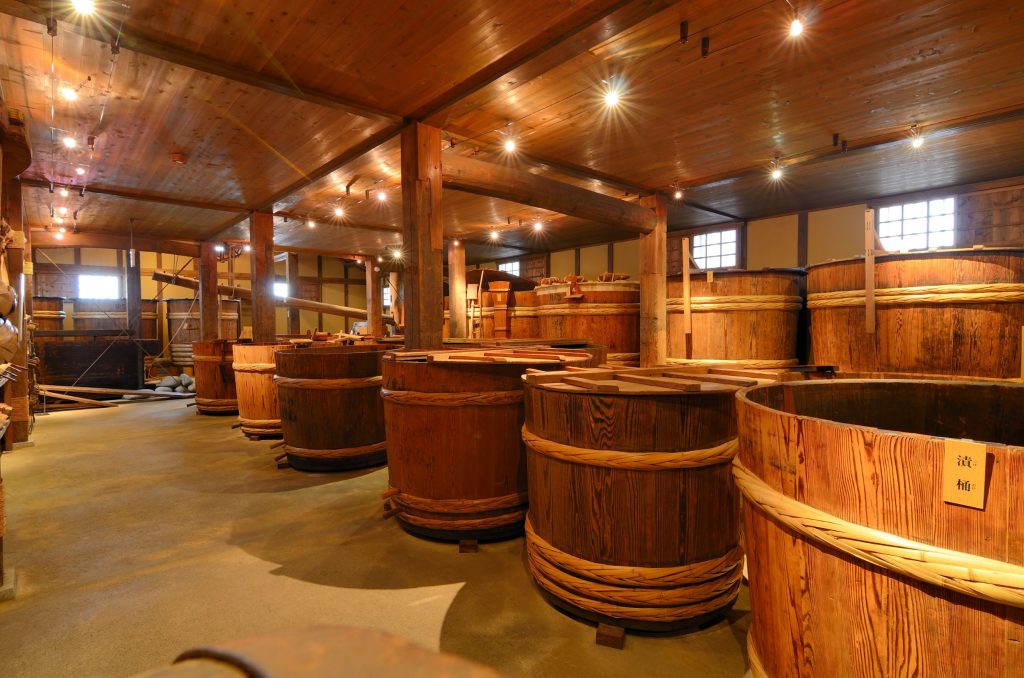 The ‘Right’ Way to Drink Sake

Under most circumstances, you’ll rarely find us telling you how to drink your alcoholic beverage. Some people like to shoot wine and sip beer, and we fully embrace doing what makes you happy! With that being said, sake is rooted in traditions and customs, and knowing what those are can be incredibly helpful on your next sake outing.

First and foremost, the most basic etiquette rule of sake is you never pour it for yourself. You should always pour for others and let them pour for you.

As a receiver, here are a few tips we think you should know!

As a pourer, here are a few tips as well!

Now that your sake is poured, what should you do next? The best answer we can give to you is to enjoy it! We can also tell you, never peek inside your sake bottle, never shake it, and never combine bottles. These are all big no-no’s in the world of sake. 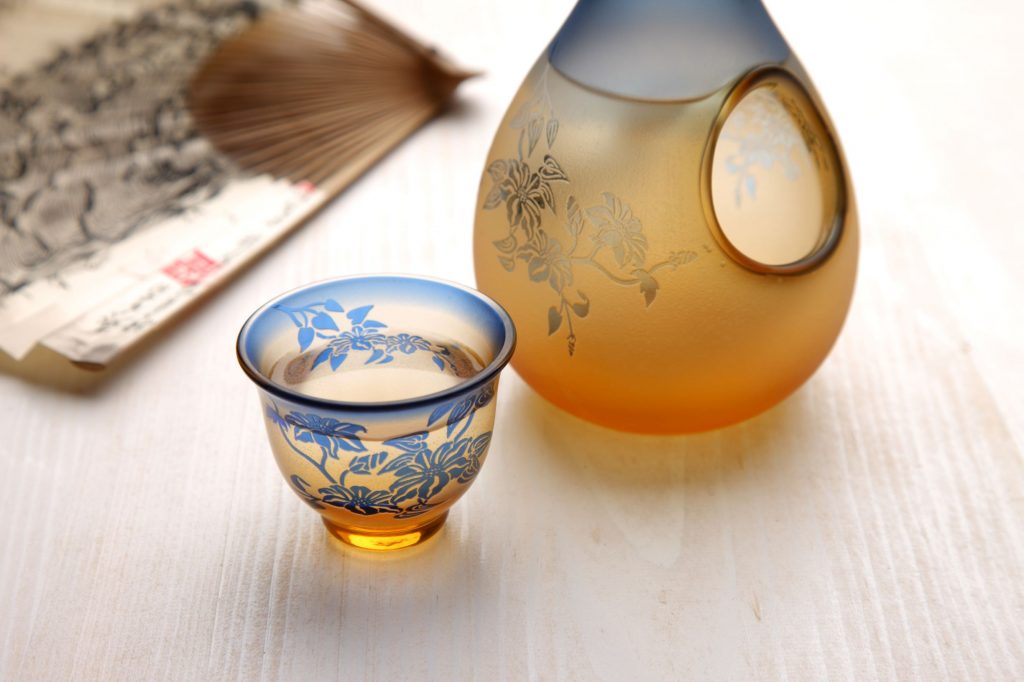 Which are the Best Sakes in Japan?

While there are still thousands of breweries distilling sake, it can definitely be a challenge to know which one to try. We’ve got a few of our favorites and we think you’ll like them too!

Like any alcohol, we recommend you keep exploring, even if you don’t enjoy the first bottle you try. With so many different varieties you’d be missing out just to call it quits after one bottle!

Inspired to do more with sake? We have some suggestions: